I don’t know if it’s just imagination induced because Halloween goods and pumpkin spice everything are in every store or if I actually feel a difference in the air. I’ve noticed a change that feels suspiciously like fall.

September reading has been slow. I feel like I haven’t finished a single thing.

I’ve been listening to the audio book for The Only Plane in the Sky by Garrett M. Graff. It’s noted accounts from the differing perspectives of people on 9/11. It’s incredibly sad, but also a learning experience. Hearing first hand what people saw, heard, and felt can be a bit unnerving. The point of views range from students from a near by school in New York to air traffic controllers who first realized the planes were hijacked to those at Ground Zero. What really has me intrigued are the thoughts of the Air Force pilots given the harrowing task of bringing down Flight 93. It was essentially their own suicide mission to save others on the ground.  Those brave pilots took to the skies that day willing to do anything to prevent another attack. In the end, the heroes on Flight 93 lost their lives trying to reclaim the plane from the hijackers but saved countless others. It has a full cast of narrators that do a great job. I recommend the audio book because I think it might be hard to follow otherwise. It’s really a stunning book.

When The Only Plane in the Sky gets to be too much, and I have to take a breather, I’ve also been listening to What the Wind Knows by Amy Harmon. It’s historical fiction with a bit of time travel and romance set in Ireland. Visiting Ireland is at the top of my bucket list so selecting this one was easy. There are a lot of quotes by the poet Yeats. I’d forgotten how much I’d loved his words. The writer herself has no shortage of lovely lines in this book.  The narrators compliment each other, and I love the accents. 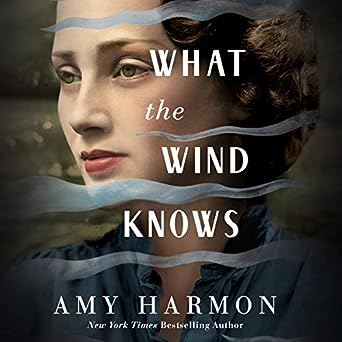 I’m also still reading The Opposite of Everyone by Joshilyn Jackson. Time has been an issue lately. It seems like life is picking back up after a lazy summer.

Our latest bookclub pick is Dumplin’ by Julie Murphy. I’m excited about this one. I watched the movie on Netflix before I even knew there was a book.

I have a few other prospects on my radar. As always, I love recommendations.

This is a text widget, which allows you to add text or HTML to your sidebar. You can use them to display text, links, images, HTML, or a combination of these. Edit them in the Widget section of the Customizer.
%d bloggers like this: